Within FC I navigate via "My Computer" to any folder on my via usb connected mobile phone (android) and start a search
this results in an error message:
The System cannot find the path specified
The path displayed is the instance ID

If I click on the green + sign and try to navigate to my phone, it is not displayed in the window that pops up, i.e. my phone is not displayed under "My Computer".
An external HD connected via usb is accessible.
As stated above, I can navigate within an FC panel (Main GUI) to my phone via "My Computer". I can also perform all actions such as copy or delete within the main GUI of FC.

This issue is still present in version 846

As in previous versions, I cannot search through my mobile phone connected over USB.
In FC GUI mobile is shown, in navigation panel, opened by clicking on blue + sign in search GUI
mobile is not accessible (not shown) 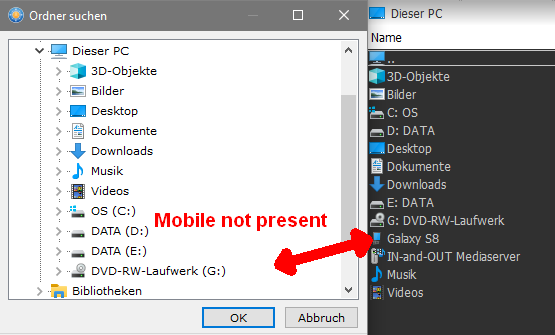 I cannot report this same problem. I've had Samsung Galaxy Android phones ever since the S4, including S7, S10, and now S21 Ultra. I've accessed them through USB cables within FCXE "almost problem-free" forever using both Win7 and Win10. Of course it goes without saying that the USB cord must be capable of delivering "data" as well as for "charging", but if there were a problem with the USB cable it wouldn't show up even using Windows Explorer.

(3) Internal contents of phone are not visible unless the screen is unlocked. But the internals of the phone immediately show up once the phone is unlocked when it becomes fully browsable, including with FCXE 848: 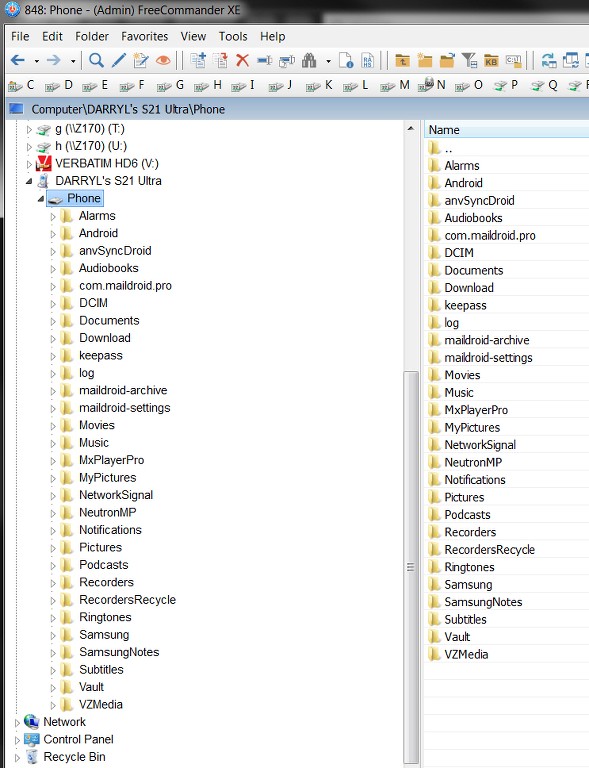 Have you tried UNINSTALLING the Samsung phone device in Device Manager, and then reconnecting with USB cable in order to get the latest Samsung ADB driver reinstalled? 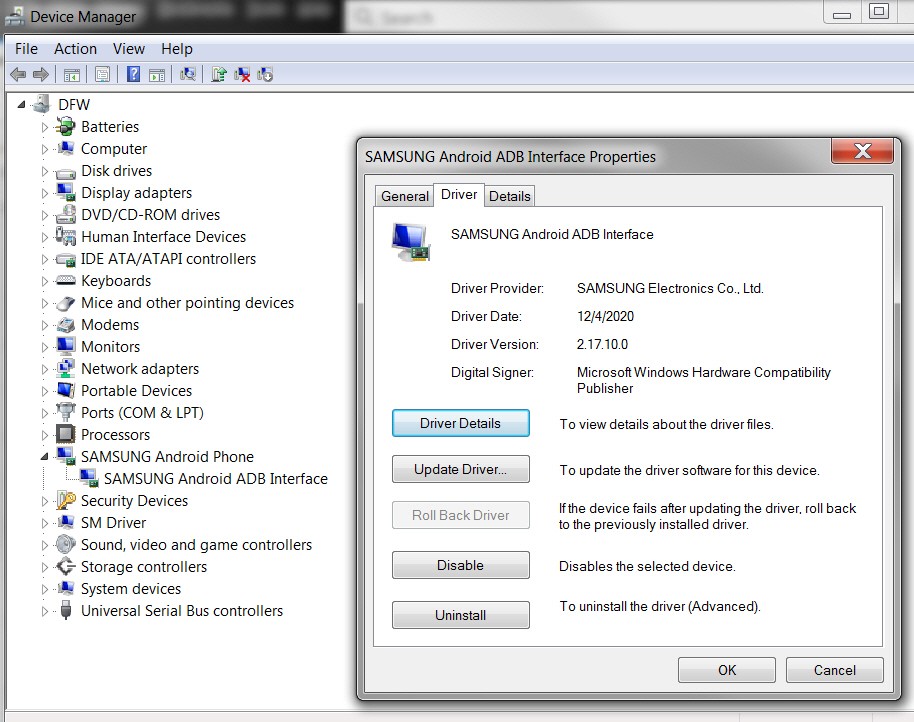 Are you using a long-kept INI file for FCXE? Have you tried deleting your FCXE INI and other Settings file, and re-customizing a brand new default install of FCXE from scratch, just to see if it's your customizations which are causing this? I have "reinstalled FCXE from scratch" back around 842, just to get a recent initial version of the INI settings files and to be sure I wasn't propagating any genuine non-problems forward that were caused by some kind of old garbage or corruption in my older INI files. Best to "start from scratch" every so often, just to clean house and eliminate who-knows-what residual stuff that might cause problems going forward.


The only real issue I've had with FCXE and my Samsung Android phones is that there appears to be a long-standing (reported but still unfixed) BUG relating to F5/F6 to do a COPY/MOVE from selected file(s) on the phone to a target in the other panel of a split screen, but only when using Windows Explorer (in FCXE settings for COPY/MOVE). Upon someone's s recommendation I changed that setting to specify "use FCXE for COPY/MOVE" and now sure enough F5/F6 work perfectly. The user interface from COPY/MOVE is slightly different when FCXE is used instead of Windows Explorer, but otherwise the functionality is identical and it now works without an issue.

I still think the BUG relating to using Explorer should be fixed but at least I don't have a true failure of F5/F6 to work.

many thanks for taking the time to deliver your very detailed reply, yet you have not addressed the issue I reported.

This is probably my fault, as I didn't describe the steps to reproduce in enough detail.

Navigate in FC to your via usb connected mobile phone (it doesn't make a difference if it is the root directory or a subdirectory therein or in the sd card of your phone.)

Please do the following:

Ctrl+F to open the search dialog

This results in an error message: 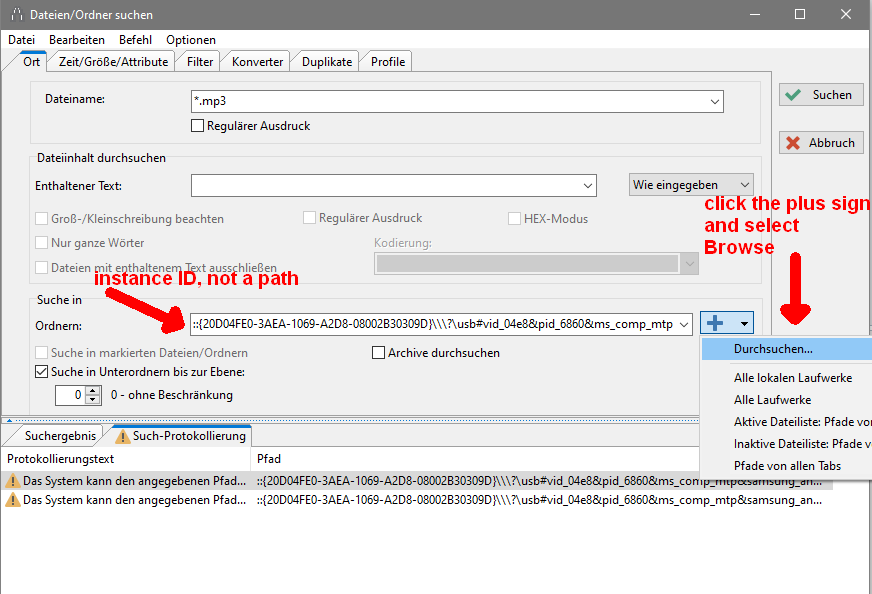 in the navigation dialog that pops up, the mobile phone is not visible / accessible under My Computer
(see my graphic above)

Users browsing this forum: No registered users and 7 guests